Get the latest stories, news, and advice from Turbo!

Blog  »  Safety   »   Child Predators Parents Must Watch Out For 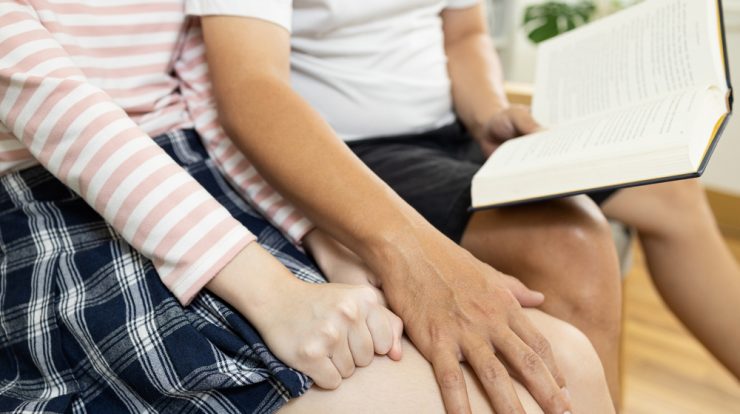 Anyone could be a child predator, even those you least expect to be one. Child predators are usually associated with sex crimes committed against minors. Someone, though, doesn’t necessarily have to have physical contact with your child to prey on them. This calls for vigilance on the part of the parents. Be involved in your child’s life and closely monitor their activities.

How to Spot a Child Predator

One of the saddest and most infuriating aspects of child predators is that you most likely know them. They could be an acquaintance you nod to on the street, someone who works at facilities your child frequents, and yes, even your closest, dearest friend and family members. In fact, among the reported child sexual abuse cases in the United States, 93 % of the abusers are known to the victims.

Child Predators to Watch Out For

Child predators target minors in person, as well as online. Cybercrimes that involve targeting children range from cyberbullying minors into submission to the predator’s demands down to outright sex grooming.

Child predators are usually viewed as sexual predators who target minors. In this sense, a predator can be classified into the following:

Most child predators won’t be suspected of being one. For this reason, parents must be extra vigilant. Here are some child predator  red flags to watch out for (take note though that these don’t necessarily mean that someone is a child predator; however, if your instinct tells you something’s off, it’s best to act on it):

How to Keep Your Kid Safe from Child Predators

While there is no guarantee that you can keep your child safe at all times, here are some things you can do to keep child predators at bay:

Teach your kids to trust their instinct and say no to something that makes them feel uncomfortable. Talk to them about safety and the importance of always telling you about anything inappropriate done to them. Don’t stop telling them not to talk to strangers, educate them on what they should do if a stranger insists on talking to them or leading them someplace else.

Educate the people you trust most about the dangers and red flags and how to deal with child predators. This way, you can build a safety circle that can help minimize opportunities for abuse.

Child predators often target kids whose parents are less involved or seem to neglect them altogether. Showing that you pay attention to your child could help deter predators.

Being an attentive parent is also about listening to what they have to say and respecting how they feel. For instance, if your child refuses to go to someone’s house, even if they’re family, it’s best to get to the reason why that’s how your child feels instead of forcing them to do it anyway.

Normalize talking about the possibility of having child predators in the community. This will help normalize a culture of empowering children and creating a safer environment for them. Educate yourself and commit to speaking up and standing against child predators.

Create a safe space for your child – that is your duty as a parent. Make sure that your child is safe even if you’re not with them. You can use mobile spyware on iPads, iPhones, and Android devices to keep tabs on your child’s activities and online engagements. Trusted software like TurboSpy allows you to be in the loop and make important parenting decisions.

Unfortunately, there is no surefire way to keep your child safe from predators. However, that shouldn’t stop you from doing your best to create a safe environment for your child. Explore all methods – from educating your kids, to building safety circles, to utilizing remote spying and monitoring software like Turbo Phone Spy to keep track of your child’s whereabouts and activities.

A child predator is someone who abuses minors. The abuse is often of a sexual nature.

Grooming aims to create a trustworthy image and relationship with the child’s family and community along with the victim’s trust.

Start by educating your child and empowering them to speak up whenever they feel uncomfortable about someone. Create a safety circle to promote a safer environment for your kid. Be present, be vigilant, and be attentive. Take it a step further and learn how to spy on someone’s messenger engagements with your child with the help of reliable software like TurboSpy.

Tiffany is a lead writer who has a passion for all of the latest use of technology. Tiffany has been writing and delivering the latest app reviews and news for Turbo. She is an unbelievable author and continues to produce must-read content.